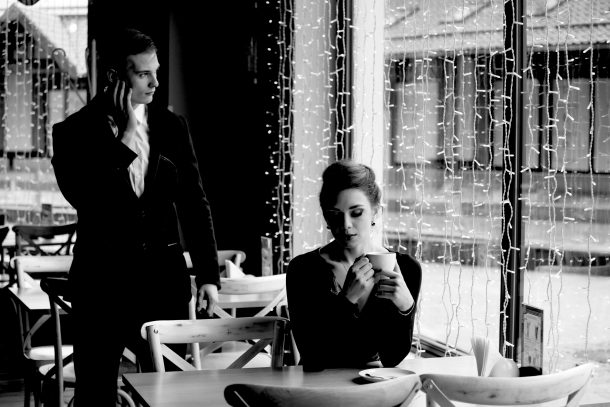 From the US Department of Justice looking to prevent targeted violent attacks to tackling online abuse against high profile people or identifying intervention points when a CEO is threatened, the Pathway to Violence is a model that identifies the journey an individual takes.

The decision to attack and harm an identified person at work, on an educational campus or in public life is now referred to as targeted or intended violence. This is quite different to an impulsive emotive action in that is planned and often predatory.

This is process is positive from a threat assessment perspective, because the predatory process leaves clues which if identified and understood, provides opportunities for interventions.

Defuse has taken the liberty to add to the ‘Pathway to Violence’ model created by Calhoun & Weston, to include elements from risk assessment theory. These elements define Threat, Vulnerability and Risk and are relevant as they guide security personnel to direct their resources to the appropriate place at the appropriate time to prevent targeted violent attacks.

The Pathway to Violence is made up of these steps of escalating risk.

Targeted and intended violence is often the end result of a pathological fixation, which may be directed at an individual although it often related to a cause or issue.

This fixation is often the result of a grievance personal to the individual, which causes an emotional response such as anger which if unchecked escalates along the pathway, developing in greater desire for retaliation and the need to strike back.

This grievance may be caused by the loss of a job, reputation, or the compromising of a deeply felt value.

Once they reach the point where they perceive all peaceful options have been exhausted, and their grievance isn’t being resolved, they then decide their only option is violence.

When looked at from a risk assessment perspective, this is the beginning of the intent forming. They then start to research and plan and once they have the required capability, a threat is now formed.  To resolve the threat, the grievance must be resolved.

If that grievance isn’t resolved, they then move along the pathway and start the research and pre attack planning phase. It is at this point that the security team must start to review any vulnerabilities and look to mitigate them. This is the phase of protective security, another tool in preventing targeted violent attacks.

However, part of the research and pre-attack planning phase will be to counter these vulnerabilities and as such hostile reconnaissance in the form of probing and breaches takes place.

The escalation from probing and breaching to attack can happen very quickly so it is critical that at this phase all measures are considered in line with the risk, i.e the likelihood and impact of any attack.

It is important to recognise that throughout the pathway the subject of concern can change their mind, and de-escalate or just drop off at any time, so it isn’t predestined that once they form the grievance they will attack. However when used properly this model will assist in helping professionals  prevent targeted violent attacks.