CCTV – Why it isn’t the protective security solution many think it is! 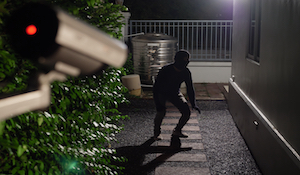 CCTV – Why it isn’t the protective security solution many think it is!

Once a year the protective security measures that MPs were entitled to was re-assessed. I tasked the National Counter Terrorist Security Office (NaCTO), Secured by Design and The Designing Out Crime leads to review what the latest research suggested worked.

Every year we would be asked the same question, why isn’t CCTV one of the recommendations?

It was a good question, everywhere we look we see CCTV. We see it in our high streets, our shops, commercial premises and on many residential properties. So why were we not making it one the protective security measures for MPs?

The answer was simple. CCTV has very little, if any preventative value in protective security. This was because of significant academic research and operational scrutiny.

The research suggests that CCTV is at its most effective, from a preventative measure, in multi-story car parks, as well as being a hugely important investigative tool.

However, when we looked at what would stop or delay an attack it was clear that CCTV had very little impact. For anyone disputing that, watch the news! Every night we can watch violent crimes being committed, because it has been captured by CCTV, recorded not prevented.

CCTV works very well when subject to 24 monitoring with an immediate response. What it won’t do, is prevents a committed attacker or a fixated person.

All too often I hear CCTV being one of the first recommendations made or requested, and I’ll be clear, I have it at my home. CCTV is a useful addition and will help the Police investigate in the event of an incident. Fashionable items such as Iris scanners and highly technical solutions are also often requested. The priority has to be on simple protective security measures such as locks, doors, windows, panic alarms and other measures that will actually delay entry.

A further reason why CCTV is of limited value is that, with regards to fixated threats, The research undertaken for the UK Home Office during a three-year research project on the fixated identified that physical protection measures alone have proven to be ineffective against fixated threats. When reviewing attacks by fixated individuals, which includes lone actors, stalkers, vexatious complainants, and those on a misguided quest for justice, it is often clear that there is escape plan. This can be accounted for where they have evidence end of life language. This also presents huge risks to those employed in security.

It is for these reasons that the protective security measures must have a preventative basis and at the very list slow down the attack. CCTV does not do this.

When faced with a threat from a stalker or other fixated person, it is crucial that any protective security involves expertise from a professional experienced in countering fixated threats.