When is a death threat a real threat? 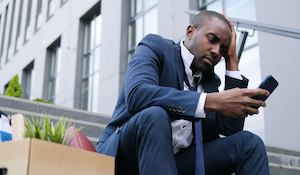 When is a death threat a real threat?

Every day we read about a public figure or celebrity who has received ‘death threats’ but how can you tell if they are genuine.

When anyone receives a threat, it is at best alarming and at worst terrifying. That is the purpose of the threat.

Many people in public life receive what they and the media refer to as a death threat, often repeatedly.

It is the unknown that causes the fear. Who is it from? Are they dangerous? Are they going to really attack me? Do I know them?

The fear and anxiety can often cause the recipient to become paranoid and hypervigilant.

The problem is that they then begin to see threats everywhere and they mind takes over, causing sleepless nights which increases their anxiety and detracts them from carrying on as normal and performing at their best.

Their decision making becomes flawed as they struggle to focus and their mental health impacted. 😩

The truth is that police officers and security professionals are rarely taught how to tell the difference between a threat that is made, and one that is posed. 👮‍♂️

Because of this is, threats are very often assumed to be real and an overcautious or risk averse approach is taken, often deploying additional assets at increased cost.

This can increase the anxiety with the recipient who now believes that they are in genuine danger.

This can be a complete over reaction and is often unnecessary.

It also does the job of the person making the threat for them. They want the recipient to be frightened, alarmed, or intimidated and now they are!

But there is a solution! 😇

There is a well-researched science behind the interpretation of threats which can quickly eliminate the noise enabling the professionals to focus on the genuine threats, identifying persons of concern without increased anxiety and wasting assets.

A proper understanding of the proximal indicators that genuine persons of concern reveal, eliminates those who are termed howlers.

There is absolutely no reason to take the overcautious or risk averse approach when such proven processes are available.

The key is to seek expert help as soon as the threat is received. 🕵‍♂️ The sooner it is analysed, the sooner it is resolved and you can return to business as usual.