The issue of Workplace Violence and Aggression 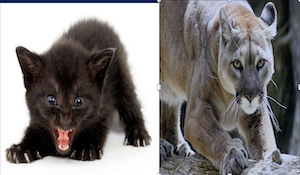 Will Twitter’s layoffs unleash a problem?

Will Twitter’s layoffs unleash a problem?

One of the threats to organisations, commercial and educational is described as workplace aggression & violence…what are the causes?

When the global economy is on a downward spiral and the cost of living is causing significant stress to all of us, losing your job may be the straw that breaks the camel back.

When researching workplace violence & aggression, the focus is often on the angry employee who becomes aggressive or violent in the workplace.

There are two types of violence that threat assessors consider.

Affected violence is reactionary. It is seen on a Saturday evening outside the pubs and clubs across the world. It’s the ‘angry man’ with fists and jaws clenched…his chest and arms outstretched, his face reddening and visibly preparing for a fight.

We all instinctively recognise the signs. It is the automated response to a perceived external threat. From an evolutionary perspective it is an attempt to scare of the threat and prevent a confrontation. The clenching of fists and jaw is designed to protect our digits and teeth, lungs expanded for more oxygen and stretched to make us look bigger….essential tools for survival for our ancestors before we became the apex predators.

It is what 99% of training and resources to counter violence and aggression in the workplace focuses on.

But there is another type of violence, far more dangerous, unpredictable and it is the one we fear most.

It is Intended or targeted violence. This type of violence is the cold calculated hunter, the assassin. They are generally emotionless, calm, methodical and they are few physical signs that they are about to attack. They are stalkers, the school shooter, Incels and hostile ex-employees and they are all driven by a grievance.

One of the key elements of this type is that such individuals don’t snap, they plan and prepare and often follow a process, referred to as ‘The Pathway of Targeted or Intended Violence’.

It is the difference between a kitten, teeth and claws bared, hunched up screeching and hissing and the leopard quietly stalking their prey, the predator taking their time in silence…focused.

The Indented or targeted threat may come from of 4 sources:

The old saying ‘actions speak louder than words’ is the key...it is about their behaviours not the threats that are made.

This is where the threat assessment and management professional adds value to the #hr and #security directors by identifying the needle is the haystack, helping manage the issues, and advising on the strategic and tactical physical and reputational protection of the organisation and their employees.